Let me just start off by saying, if any of you ever want to feel beautiful, you only need to call Matthew Murphy and Alex Michaels. They are the Ghostbusters of glamour. Who ya gonna call? Matt and Alex!

The day after my super scary, super mind-altering haircut, I enlisted the help of these two awesome gentlemen for a down and dirty photo shoot. I needed an image for the blog, something that signaled what we were doing here on these pages and the attitude I was trying to convey. And let’s face it, I wanted an excuse to dress up my new hair. I knew Matthew’s work since he took all the still photos for First Date, the Broadway show I starred in last year. His shots were so fun and beautiful and it’s a good thing because those pictures graced every subway stop, telephone booth and bus in NYC, not to mention a gargantuan moving billboard in Times Square. 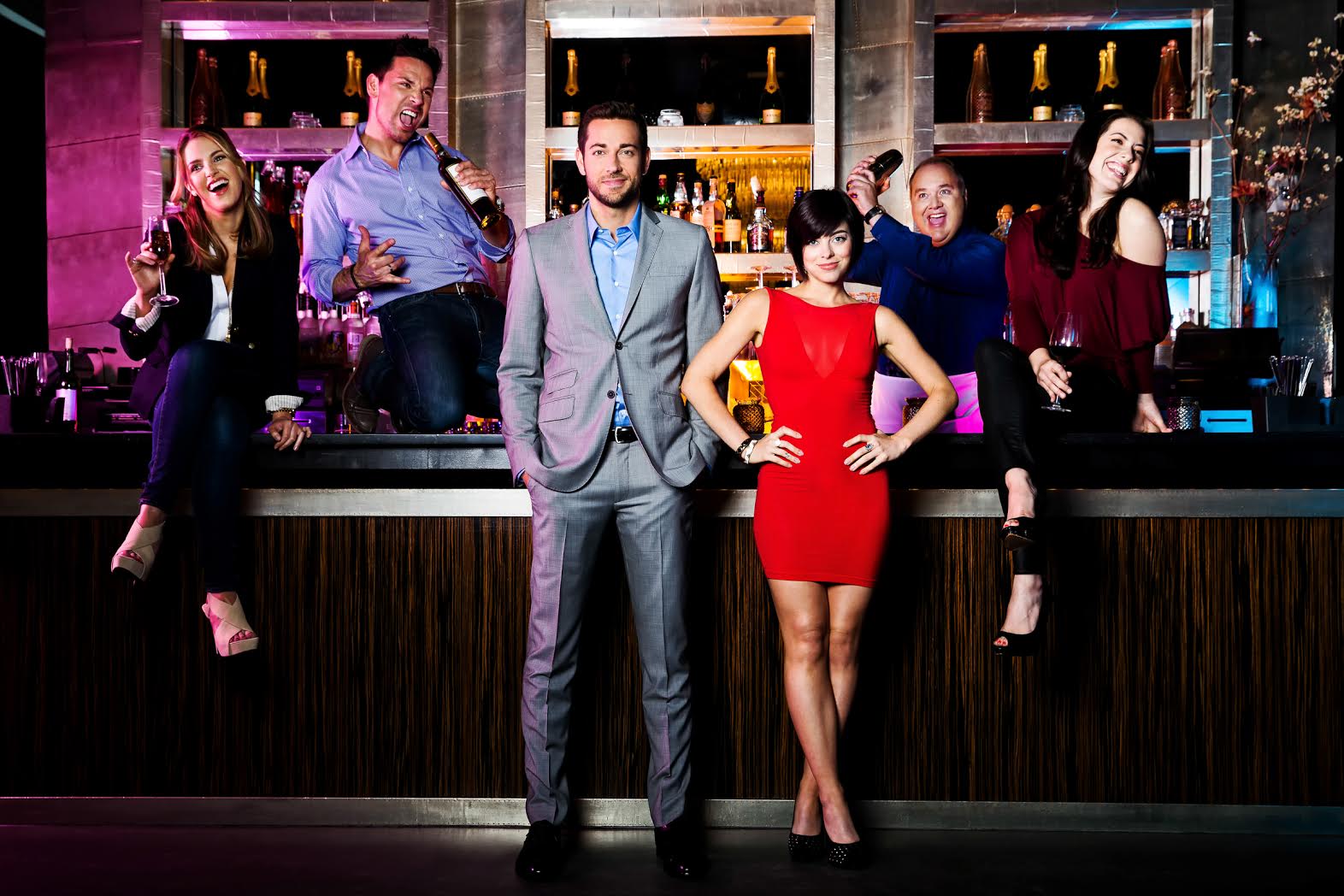 A few months later, I got the opportunity to work with him again on a photo shoot for Bleep Magazine featuring some fellow Broadway ladies. That’s when I met Alex, makeup artist extraordinaire, and together the two of them made photo magic again! 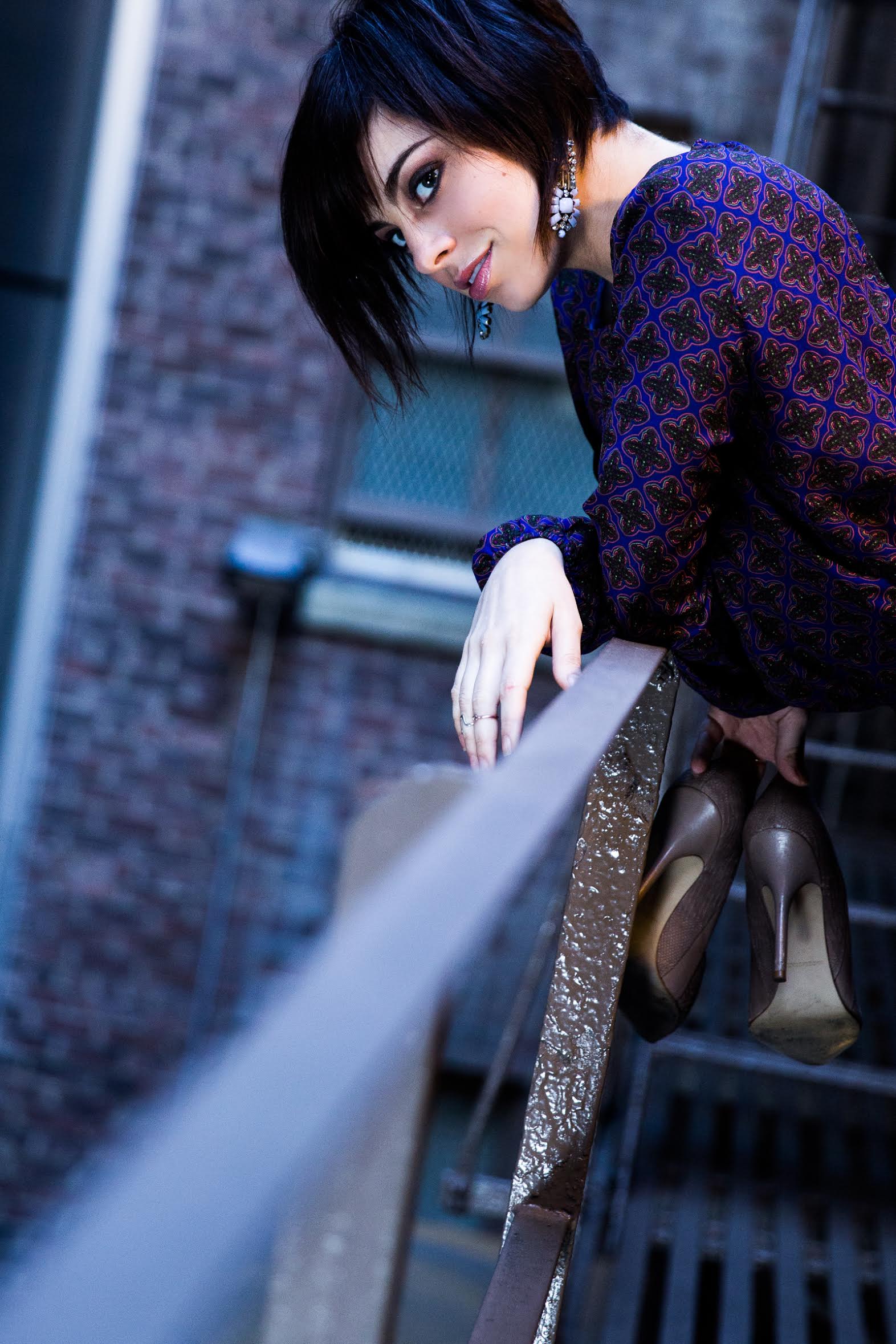 So when it came time to pick an image for the blog, the signpost for what my message was to be, I didn’t hesitate to ask them.

First and foremost, I wanted a very powerful and edgy shot for the main logo. I had my sights set on black and white from the beginning. Strong, determined, maybe even a little pissed off (hey, I’m allowed a little anger, right?!) But more importantly, I wanted beautiful and these boys do beautiful. I picked out every outfit very meticulously with the help of, you guessed it, Natasha, my friend/haircut cheerleader/personal stylist. But as luck would have it, after all this planning, my two favorite images turned out to be little surprises.

Mala’s salon (CarloMarco Studio for those who are asking) is right across the street from an Urban Outfitters. On a last minute whim, Natasha and I decided to stop in to see if there one thing we couldn’t live without for the shoot the next day. We tried on everything in the store like we were in a buddy comedy musical montage but nothing quite spoke to us. Just as we were wrapping up in the sale section, I hear her nonchalantly call out “I would sort of love it if you wore this.” I turned to see her holding up a grey t-shirt that she unearthed from a rack and I swear to you, angels started singing. A t-shirt, on sale, with embroidered X’s on the ta-ta’s. WHAT?!

That’s right ladies and gentlemen, that shirt in the photo came that way! We took scissors to it on the day to adjust the shape of the sleeves but those strategically placed X’s were a gift from above, I kid you not. As soon as we snapped the first shot in it, I knew it was going to be “the one.” Just the right touch of casual madness, with a hint of “I’m not gonna take this shit.” Who could ask for anything more?

But it doesn’t stop there. The rest of the photos are absolutely stunning. Matthew and Alex outdid themselves. Here are a couple more favorites:

My other happy accident came during the shoot as we were checking some of the photos. We shot against a plain white wall which cast some very cool shadows on the back. As we scrolled through, oohing and ahhing, this one image took my breath away. 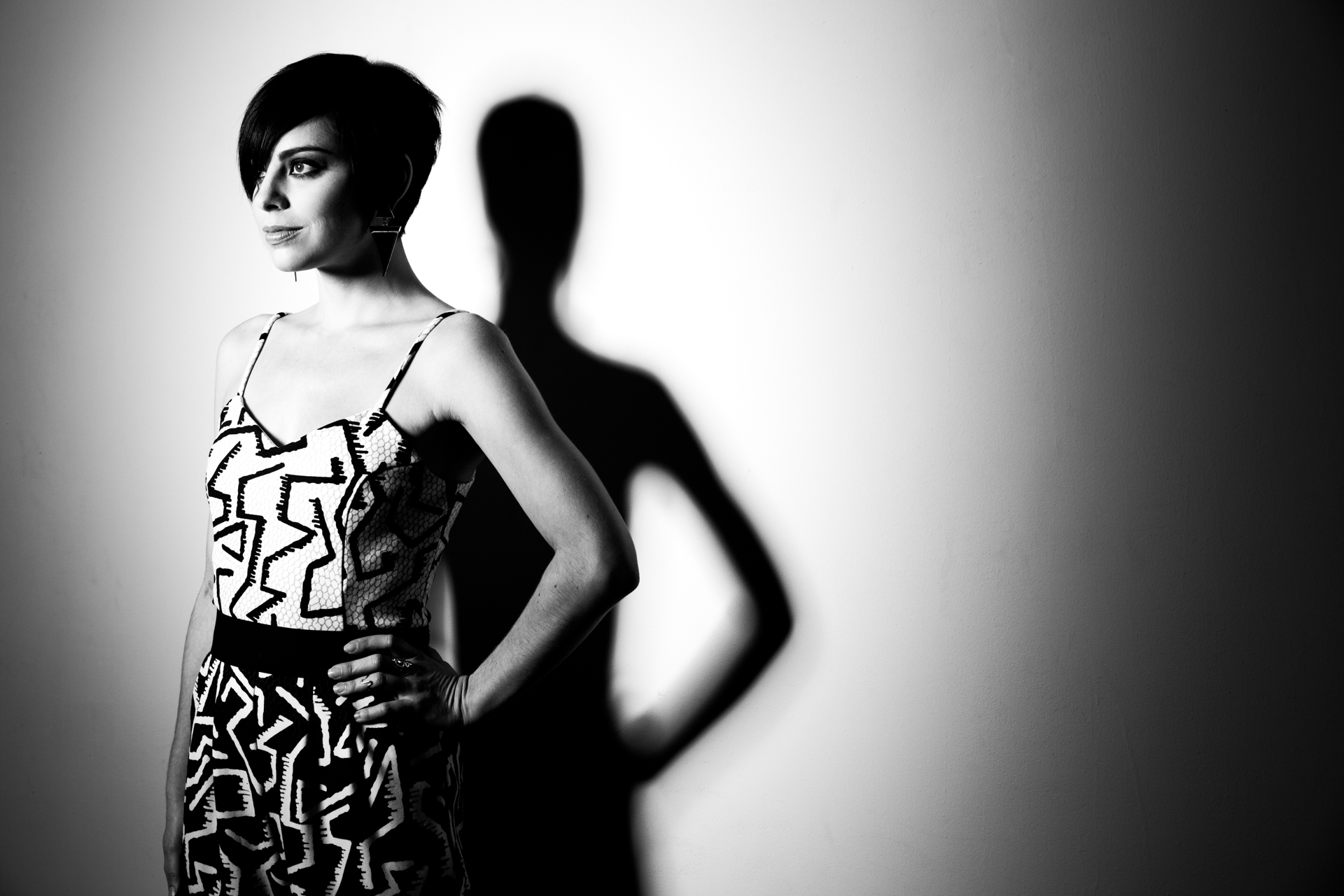 My little bald friend, standing right over my shoulder. A simple snapshot of my Present and my Future. The girl in front is focused and determined while the figure in black stands as a messenger, looking in a completely different direction as though it knows something that I just can’t. Not yet at least. But in a way, it has my back, ready to show me what it knows when the time is right. Eventually, I will look at the image as my Present and my Past. But we’ve got a lot more to do before then.

30 thoughts on “Shadows and Surprises”